Better known as ‘Imam-e-`Azam’ (The Greatest Imam), or by his kunyah Abu Hanifa, Nu’man ibn Thabit was born in the city of Kufa (modern day Iraq) in the year 80 A.H (689 A.D). Born into a family of tradesmen, the Imam’s family were of Persian origin as well as descending from the noble Prophet’s (saw) Companion Salman al-Farsi (ra). Imam Abu Hanifa’s father, Thabit, had met in Kufa Imam `Ali Ibn Abi Talib (ra) who made dua for him and his progeny, and some say that Abu Hanifa was a result of this dua.

A hadith given by al-Bukhari and Muslim states that Abu Hurairah (ra) narrated Allah’s Messenger (saw) as saying:”If the Religion were at the Pleiades, even then a person from Persia would have taken hold of it, or one amongst the Persian descent would surely have found it.” Abu Hurairah (ra) also narrates: “We were sitting in the company of Allah’s Apostle (saw) when Surat al-Jum`a was revealed to him and when he recited amongst them, (those who were sitting there) said `Allah’s Messenger?’ but Allah’s Apostle (saw) made no reply, until he was questioned once, twice or thrice, and there was amongst us Salman the Persian. Allah’s Apostle (saw) placed his hand on Salman and then said:”Even if faith were near the Pleiades, a man from amongst these would surely find it.”

Imam as-Suyuti a Shafi’i alim (rh) remarked:”It has been communicated unanimously that this hadith refers to Imam Abu Hanifa.”

Kufa at the time of the Imam’s birth was a great center of knowledge and learning, with many of the noble Prophet’s (saw) Companions (ra) having taken residence there. Due to the presence of these venerable people who had engendered so much interest in hadith and riwayat that practically every house in Kufa had become a center of these disciples and their disciplines.

At first, Imam Abu Hanifa was not a student of knowledge. However, by coincidence, while one day passing by the house of Sha’bi (an acclaimed “Great Scholar among the Successors”), Abu Hanifa was called in by the shaykh who mistook him for a student. “Where are you going young man?” asked Sha’bi. Abu Hanifa named the merchant he was going to see. “I meant to ask,” asked Sha’bi, “Whose classes you attend?” “Nobody’s,” replied the Imam regretfully. “I see signs of intelligence in you,” began Sha’bi,”you should sit in the company of learned men.”

It was after this encounter that the young Imam began his quest for knowledge. Imam Abu Hanifa acquired knowledge from over four thousand people. His teachers included many prestigious men of the time whose sanad went back to a number of Companions (ra). He himself was blessed with the meeting of the Companions: Anas ibn Malik, Abdullah ibn Afwa and Sahl ibn Sa’ad (ra), thus gaining him the rank of being a Tabi’i (Successor to the Companions).

Amongst Imam Abu Hanifa’s shayukh was Hammad ibn Sulayman, he joined his circle at the age of 22, having already become a well-known debater and studied with this shaykh until the latter’s death, whereupon he took over his majlis (circle) at the age of forty. Shu’ba, a leadingmuhaddith who knew-by-heart two thousand traditions was also a teacher of Imam Abu Hanifa. Shu’ba was greatly attached to Imam Abu Hanifa saying: “Just as I know that the sun is bright, I know that learning and Abu Hanifa are doubles of each other.”

The Imam’s quest for knowledge inevitably took him to the Holy Sanctuaries, at a time when Makkah was a busy center for learning. A number of acknowledged masters of hadith, who had had access to the Prophet’s (saw) Companions (ra) had established their own schools there. Of these was `Ata bin Rabah’s (rh) school. `Ata was a famous Tabi’i who had associated with most of the Companions (ra) and acquired from this association a status of authority. He himself claimed to have met two hundred men who had associated with the Noble Prophet (saw). The leading Companions (ra) all acknowledged his learning. Abdullah ibn `Umar (ra), son of theCaliph `Umar (ra) often used to say: “Why do people come to me when `Ata ibn Abi Rabah is there for them to go to?” Of the other Muhaddithin of Makkah whose classes the Imam attended was `Ikrimah. He was the slave and pupil of Abdullah ibn `Abbas, who educated him with great care and attention, making him so proficient that he, during his own lifetime gave Imam Abu Hanifa the authority to exercise personal judgement and rulings. “Imam Abu Hanifa was the first to analyze Islamic jurisprudence, divide it into subjects, distinguish its issues and determine the range and criteria for analytical reasoning (qiyas).”

`Saif al-Aimma’ reports that when Imam Abu Hanifa derived a matter from theQur’an and Hadith, he would not give the answer to the inquirer unless all of them [his students] confirmed it. One thousand of Abu Hanifa’s disciples attended all his classes when he taught in the Mosque of Kufa City. Forty of them were mujtahids. When he would find an answer for a matter, he would suggest to his students who would study it together, and when they reached an agreement of it being consistent with the Qur’an and Hadith, and with the words of the Sahabah (ra), he would be delighted and say, “Al-hamdu li’llah wallahu Akbar,” and all those who were present would repeat his words. Then he would tell them to write it down.

`Abd Allah ibn Ahmad al-Dawraqi said:”Ibn Ma’inn was asked about Abu Hanifa as I was listening, so he said, “He is trustworthy (thiqatun), I never heard that anyone had weakened him.” No less than Shu’ba wrote to him [for narrations], and ordered him to narrate hadith.’

Ibn Abi Khaythama said:”If al-Shu’bi narrates from someone and names him, that man is trustworthy (thiqa) and his narration is used as proof (yuhtajju bi hadithihi)“.

The Hanafi madhhab, entitled after the Imam, spread far-and-wide during the time of the Ottoman Empire. Today, more than half of the Muslims on the earth perform their `ibabadahaccording to the Hanafi madhhab. The Hanafi school has decided court cases in the majority of Islamic lands for the greater part of Islamic history, including the `Abbasid and Ottoman periods.

Not only was Imam Abu Hanifa’s extraordinary mind and knowledge something to be admired, but so too was his exemplary character and piety. Al-Dhahabi writes:”Accounts of his piety and devotion have reached a degree of tawatur (i.e., an unbroken chain of uncontradicted narrations).”

He was given the title of”The `Peg'” by some, for his continuous standing in prayer, often reciting the entire Qur’an in his nightly rakahs. He performed the Fajr prayer with the ablution made for the Isha prayers for forty years (due to him praying the whole night through). It is reported that he had recited the whole Qur’an seven thousand times in the place where he died.

He earned his living through trade (sending goods to other places), and with the earnings he made, he met the needs of his students. He gave much to charity and every Friday he would distribute twenty gold coins to the poor for his parents’ souls.

In the year 146 A.H, Abu Hanifa was sent to prison by Mansur, the leader at the time, after theImam’s refusal to state that Mansur was the rightful khalifa, as well as refusing the position of presidency of the Supreme Court in recompense. While in prison, Imam Abu Hanifa was thrashed with a stick. Mansur repented and sent the Imam money, only to be refused again. By now, Imam Abu Hanifa had become well-known and thousands flocked to meet and seek his opinion wherever he went. His imprisonment far from reduced his popularity, and Mansur realized that he would have to treat the Imam carefully, thus he allowed him to teach while still in prison. Mansur finally decided to do away with the great Imam and had him poisoned. Abu Hanifa, feeling the effects of the poison, bent down in prayer and died in the month of Rajab. News of the Imam’s death reached far-and-wide, and thousands gathered at the prison. The city Qadi washed his body, and kept repeating:”By God, you were the greatest faqih and the most pious man of our time …”

By the time the bathing was finished, so many people had assembled that the funeral prayer was performed attended by fifty thousand people.

The Great Imam died in Baghdad in 150 A.H at the age of seventy. May Allah be pleased with him. 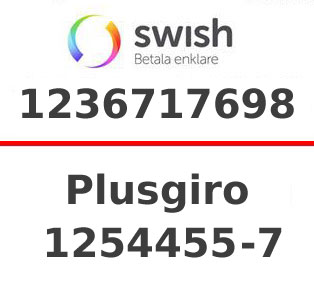